What Is The Charge For A Hit And Run?

What is the Charge For a Hit and Run?

A hit and run can be classified as either a misdemeanor or a felony crime, depending on the severity of the damages caused to the other vehicle or property. Misdemeanor charges are generally levied in collisions that result solely in damage to property, but a felony charge is levied in collisions that result in bodily injury or serious property damage. 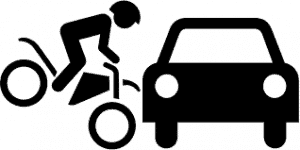 Felony hit-and-run charges are more serious than misdemeanors, resulting in significant fines. A conviction for a felony hit and run carries a prison term of at least one year or up to 15 years. In addition, leaving the scene of an accident will suspend a driver’s license for several months or even a year, depending on the severity of the incident. Felony hit-and-run charges carry fines that range from a few hundred dollars to thousands of dollars.

If the other driver causing the accident was injured, the prosecution must prove that you failed to provide reasonable assistance to the injured person. If you did not see the other person, your defense is that you were not aware of the accident or were driving at a low speed. Similarly, if you were merging into another vehicle, you might not have noticed the other vehicle or the accident that unfolded behind you.

Civil penalties are less than a year in jail

If you cause a hit-and-run accident, you may face both criminal and civil penalties. If you cause an accident and do not stop and call the police, you may be liable for huge medical costs, loss of income, and property damage. If you are the victim of a hit-and-run accident, you may even be entitled to sue the driver for damages. Depending on the circumstances, you could face two days in jail and up to a thousand dollars in fines.

If you cause a hit-and-run accident, you may face a felony charge that can result in several years in jail and substantial fines. In addition, you may also face a misdemeanor charge which can result in a license suspension and increased insurance rates. Hiring an experienced hit-and-run attorney can help you fight the charges and avoid jail time. Your attorney will also be able to interpret the law and put together an optimal defense.

MVD may suspend your license

If you have been convicted of hit and run, your license will be suspended by the MVD. This suspension will last for a specified period. After your suspension ends, the MVD will mail you a notice indicating the reinstatement process. To reinstate your license, you must pay all fines and court costs, and provide a Court Abstract form. In some cases, you will also need to pay an application fee. You may need to apply in person, but you may also be able to pay the fees by mail or online.

In addition to these legal consequences, the MVD may also suspend your license for failure to pay child support. In some cases, medical issues may cause your license to be suspended, such as epilepsy, multiple sclerosis, or certain eye diseases. If your license is suspended, the DMV will mail you a suspension notice. If you want to appeal the suspension, you must file an appeal within 10 days. However, it is important to remember that if you appeal your suspension, it will remain on your driving record for at least 75 years.

Defending against other criminal charges in a hit-and-run case

If you are accused of hitting someone with your car, you should consider defending against other criminal charges. These charges can have serious consequences, including the revocation of your driver’s license for two years. You may also have to apply for a restricted license during this time. However, you can beat these charges by raising the right defenses. A good defense will help you prove that you did not commit the crime and will raise a reasonable doubt about the prosecution’s case.

A good hit-and-run defense attorney can work to reduce or eliminate the charges. This is particularly possible with misdemeanor hit-and-run cases. In some cases, you can also work to reduce the charges by negotiating a civil compromise with the prosecutor. This involves paying the victim’s damages and signing a statement that they have been made whole. However, this approach requires the prosecution to believe that this is a fair settlement, and it will have to be ratified by a Superior Court judge.