What Happens In A Hit And Run?

What Happens in a Hit and Run?

In a hit-and-run accident, police do everything possible to find the suspect driver. They review nearby security camera footage, collect witness statements, and search the area for evidence. They may also investigate the vehicle’s registration information. Sometimes, witnesses can identify the driver. If they do not, police may use motor vehicle records to find out the suspect’s last known address. In these cases, punitive damages can be awarded to the victims of the hit-and-run. 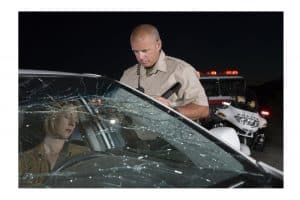 Documenting the scene of a hit-and-run accident

If you have been involved in a hit-and-run accident, you may want to take photos of the scene to help police in their investigation. Documentation can help establish the identity of the driver who hit you and your vehicle and establishes liability. Photos can also be useful for any uninsured motorist claim you have against the other driver.

If you have the opportunity, speak with bystanders. Some of them can offer more details about the accident than the police do. If possible, get their names, phone numbers, and contact information.

If the driver of the car that hit you did not stop, the first step in identifying the driver is to get their license plate number. You can contact the Department of Motor Vehicles and ask them to help you track down the owner of the car. This can lead you to valuable information that will help you identify the driver. It also helps to take photos of the accident scene and the damage to your car or other property.

Punitive damages are determined based on the circumstances of the accident and the severity of the injury. The severity of the injury or damages should be considered, as is the gross negligence of the person at fault. In addition, the court may consider the character of the at-fault party and whether there were other victims involved in the hit-and-run accident. Punitive damages are capped at $750,000, but this cap does not apply in felony accidents.

Penalties for a felony hit-and-run

If you have hit someone and then left the scene without causing an accident, you may be facing felony hit-and-run charges. In some cases, you may even spend time in jail. In other cases, you may face fines of $500 or more and eight points on your license. You could also lose your license entirely.

Penalties for a felony hit-and-run vary widely, depending on how severe the accident was. Generally, if a driver injures another person and then flees the scene, he or she can be sentenced to 180 days in jail or a $1,000 fine.