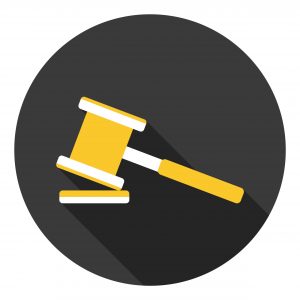 The term lien is a legal term that most people are probably not even familiar with.  If you have ever dealt with a lien it may have been related to a claim for money when there is a dispute with a mechanic or with someone who worked on your house.  There are similarities between injury liens and with other liens but a lien on an injury claim is not the kind of problem that you might expect if you have been exposed to the subject of liens in another context.  I once knew a client who was terrified of medical liens because he thought they would cause problems when he wanted to sell his house.  That is not how it works.

Liens generally attach to related property that has value.  In the case of real estate that has been worked on by a contractor, a lien can be filed against the property if the bill is not paid.  That would prevent the property owner from selling the property until the bill is paid.  Similarly, if a mechanic works on your car and you do not pay him, he can assert a mechanic’s lien.  Both of these situations involve ugly disputes and likely litigation.

Medical liens are much different than other liens.  They involve the attachment of a financial interest on a thing of value, an injury claim. That much is similar to other liens, but that is where the similarity ends.  Encouraging the use of medical liens is part of how an attorney assures medical providers they will get paid.  There is seldom a real dispute about whether or not the treatment was needed or over the amount of a bill.   The only problem with most medical bills is that there may be no way to pay them until an injury claim is completed.  A medical provider is much more confident that they will be paid if they have an enforceable lien.  Often hospitals or other medical providers are patient about collecting their bills after they file a lien.  It costs doctors money to send your bill to collection or to sue you. It helps everybody involved to slow the process down.  That saves the doctor money at the same time that it gives you time to finish your injury claim.  This is especially useful when there is no health insurance or car insurance medical payments coverage that can be used to pay a bill immediately after treatment is provided.

Types of Liens on Injury Claims

The type of lien that I have mentioned above for medical treatment is filed with the attorney or at-fault driver’s insurance company for medical bills.  Doctors and hospitals who want to be sure that they will be paid when an injury claim is completed through an out of court settlement or by a court judgment often file liens.  That is not usually a problem.  In addition to medical providers, liens can be filed by your health insurance company or your own car insurance company when they have paid bills.  Medicare, Medicaid or even TriCare for military dependents can also have liens for bills that they paid.  Whenever your own insurance pays medical bills for an injury that was caused by a third party, your own insurance has the right to be reimbursed when the claim is completed.  They have what is called a subrogation lien.  Your own insurance company has the same right to recover money as you do when they spent money because someone else injured you.

Medical liens are part of most injury claims.  They are not normally a problem.  Provided that you received appropriate beneficial treatment and there is nothing terribly wrong with the bill they are fine.  I normally consider liens to be a starting point for negotiations.  They are an official notice about a bill and cannot be ignored when settling a claim.  However, negotiating liens is another way that we get the best settlements possible for our clients.  It is not always enough to get the top dollar from an at-fault driver’s insurance company.  Bills and liens can also be negotiated.  Getting as much money as possible from the at-fault driver and reducing bills to be paid maximizes the amount of money a client receives from a settlement or court judgment.

How Can we Help Reduce Liens

As an injury lawyer, I am used to negotiating bills.  Even though doctors are usually for-profit businesses and want to be paid in full whenever possible, there are good reasons why they might accept a lower payment.  When you are faced with a decision about settling your claim or taking your case to court, doctors with unpaid bills would like to get paid promptly.  There is always risk involved in litigation and there is a time value for money.  If you go to court and have a defense verdict, they might not get paid.  If it takes two years to get to court that is a long time to wait to be paid.  They can often be convinced to take a smaller payment.  There are also actual disputes about the amount of a bill.

How To Work With Your Auto Injury Attorney For Success

Auto Injury Attorney
How to be a Good Client There are many things you need to do after a car accident.  It helps to have an injury attorney to help keep…
Read More →