How To Determine Fault for a Car Accident

Determining Fault for a Car Accident 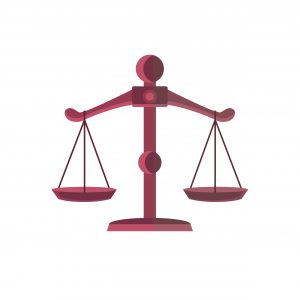 In order to make an injury claim for pain and suffering after a car accident, it is necessary to be able to prove that the accident was caused by someone else’s negligence.  Establishing fault for an accident is necessary to get compensation for accident victims because whoever caused the accident is usually responsible to pay for damages.  This article describes some of the issues considered by lawyers, insurance adjusters, and juries when deciding who caused a motor vehicle accident.

Even a brief loss of concentration while driving can result in an accident.  Texting and other smartphone usage are among the most common types of negligent driving behaviors.  Impaired driving includes driving drunk or driving while using drugs.  Driving when you are too tired to stay awake and alert is also impaired driving.  Impaired driving causes some very serious accidents and injuries.

Fault can Often be Determined by Car Accident Damage

The type of damage and severity of damage often tells a story.  Sometimes the fault is very clear and everyone agrees about what happened.  There is seldom any doubt about whether or not a stop sign violation occurred and witnesses can often clear up any disputes about what the drivers say happened.  Often drivers have very different accounts of what happened and we have to do a more detailed evaluation of what happened.  In many of these cases, the physical configuration of the roadway or intersection, as well as the damage to the vehicles, can tell us what happened.  Skid marks and debris on the road can tell where the collision occurred as well as provide information about the speed and direction of travel of the vehicles.  Damage at the back of the car shows the vehicle was struck from behind.

I have dealt with many accidents involving a three-car pile-up with three cars traveling all going straight in one direction in the same lane.  There are two possible ways that that could happen.  There could be an initial collision between the front car and the middle car followed by another collision between the rear vehicle and the middle vehicle.  That is what insurance companies would usually like to say happened if you were in the middle vehicle.  Another possibility is that the middle car was struck and pushed into the front car.  A larger amount of damage at the back of the middle vehicle and the front of the rear vehicle as compared to the damage at the front of the middle vehicle and the back of the front vehicle would be likely if the rear vehicle started the chain reaction.  Also, witness statements including the driver or passengers of the front vehicle can be important.  If the front vehicle felt two collisions or one collision is then the question.  In addition to witnesses, most cars less than about ten years old have computers that record information about the movement of vehicles before an accident.  It requires special technical skill to recover information from cars and interpret it.  This is one of the ways that accident reconstruction specialists can play a very important role in determining fault.  Your own car can become an important and impartial witness.

Other Information can be derived from physical damage to the vehicles

Other things considered when determining fault

Videos are becoming increasingly important.  Many cities have continuous video recordings of major intersections.  Also, most businesses have video recordings.  If you can see what actually happened in a video, it clears up most questions.

Steven Montag
What Is Your Financial Responsibility? Motor vehicle accidents cause many hardships.  In a matter of seconds, your life can be changed for the worse, temporarily or even permanently.…
Read More →

How To Drive Safe In Ice And Show

Steven Montag
Safe Driving in Ice and Snow I used to expect most of our business as a motor vehicle accident law firm would be from winter accidents.  Although there…
Read More →