Car Accident Nebraska Why You Need A Lawyer?

Why You Need a Lawyer After a Car Accident?

If you are in a car accident in Nebraska, you should get a lawyer to help you file a lawsuit. In Nebraska, the minimum liability coverage for drivers is $25,000 and the same goes for underinsured motorist coverage. When the other driver does not have insurance or has little to no assets, you will have little or nothing to collect from them. Also, you might lose the case if you don’t have the money to hire a lawyer to represent you. 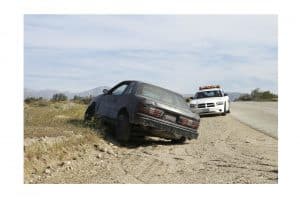 (For a Lincoln Auto Accident Lawyer, Contact us Today!)

Getting a lawyer for a car accident in Nebraska

Hiring a personal injury attorney for a car accident in Nebraska is an important step for you to take if you are injured in a collision. While your immediate concern is getting well, you should also hire a lawyer to make sure you can recover the maximum amount of money possible. The costs of medical bills and time off of work can hurt your finances. You should consider hiring a personal injury attorney as soon as possible. Remember, you only have two years from the date of the accident to file a lawsuit.

In Nebraska, you will have to prove that you were partially at fault for the accident before you can collect monetary damages. The law uses the modified comparative negligence standard, which means that the amount of compensation you can get will be reduced proportionately to the degree of fault you have. For example, if you were driving at a red light and did not switch on your headlights, you would be able to recover half of the damages.

Medical care after a car accident

The first step you should take after an accident is to contact the insurance companies of the other driver. Insurance companies can help you recover damages for the accident, but you must be careful not to make any statements until you’ve spoken with a lawyer. These companies are likely to ask you questions intended to prove fault and minimize the severity of your injuries. It’s important to be careful not to tell them too much information, since it may hurt your case.

Bringing a lawsuit after a car accident in Nebraska

If you’ve been involved in a car accident and are seeking compensation for your injuries, you need to hire a lawyer as soon as possible. The law in Nebraska is quite complicated, and bringing a lawsuit against the at-fault driver will be difficult without a lawyer. You need to be aware of the limits on damages, though. In many cases, the limits are quite low, so you’ll need a good attorney to fight for you.

There are three basic ways to file a lawsuit after a car accident in the state. First, you can file a claim with your own insurance company or file a third-party lawsuit against the other driver. But you have to do this within a certain timeframe, and if you wait too long, you might miss important opportunities. A Nebraska car accident attorney will help you meet those deadlines, which is critical if you want to be successful in your claim.

There is a four-year statute of limitations for filing a lawsuit after a car accident in the state of Nebraska. This deadline is meant to give prospective plaintiffs ample time to file a lawsuit. However, this timeline can be extended if the accident was caused by a governmental vehicle. You should be aware of the deadline and the state’s laws regarding these matters.

Most car accidents in the state of Nebraska involve personal injuries. However, other potential lawsuits can arise from the accident. In such cases, you should contact a lawyer immediately after the car accident. The law allows four years for people to file a lawsuit after a car accident in Nebraska. However, you will have to file your claim within the deadline if you don’t file a lawsuit within four years. This deadline is also a good time to file a claim if you were involved in a wreck, or if you were driving under the influence of alcohol.